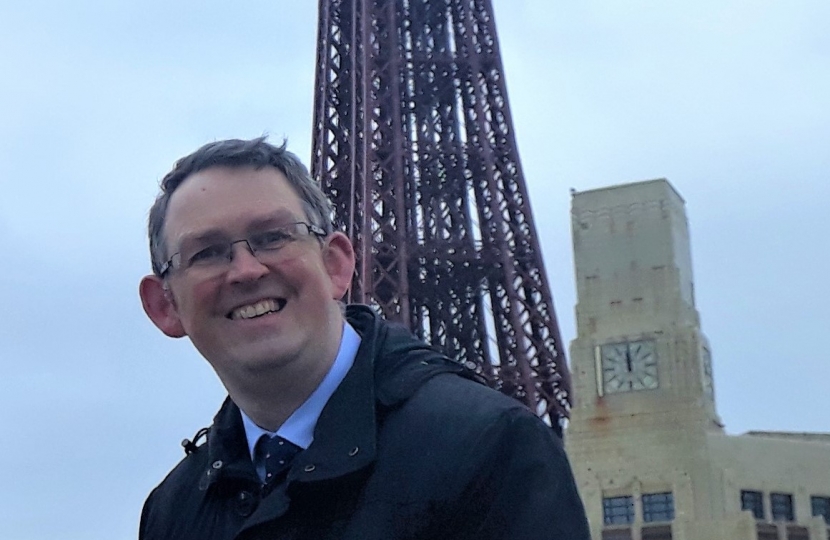 Blackpool North and Cleveleys MP Paul Maynard has cast doubt over the future of fracking on the Fylde coast, raising concerns over earth tremors and questioning the economic case.

Mr Maynard has made clear there should be no relaxation of strict regulations covering seismic activity, calling on Cuadrilla to operate within established guidelines or not at all following a quake measuring 2.9 on the Richter Scale.

Mr Maynard said: “I share constituents’ concerns about the scale of the tremors which have been attributed to Cuadrilla’s operations at Preston New Road and welcome the decision by the Oil and Gas Authority to suspend fracking at the site. It is my view that fracking should remain suspended until such a time as Cuadrilla is able to operate within the established regulations.

“This is no longer a case of tremors being equivalent to a lorry passing by, it is a great deal more serious.

“When it was granted a licence to carry out fracking, Cuadrilla agreed to work within strict seismic guidelines. It is becoming increasingly clear that the operation at Preston New Road cannot continue within this framework. I have made clear my opposition to any relaxation of the regulations under which shale gas firms operate. They must work within this framework or not at all. If it is not economically viable to do so, that is a matter for the company and its backers. There should be no exceptions made for this, or any other operator.”

Mr Maynard has written to the Oil and Gas Authority, raising the issue of increased frequency and power of recent tremors and questioning the future of the fracking industry.

He said: “I am aware of a report from the British Geological Survey with indicates shale gas reserves may be much smaller than initially thought.

“I have asked BGS and to the Oil and Gas Authority, which regulates the sector, seeking further clarity.

“If reserves are five to seven years and not 50, it calls into question the viability and necessity for schemes such as the exploration at Preston New Road.”

Mr Maynard has also asked the BGS for a full seismic analysis of the Preston New Road scheme.

He said: “It is important to understand precisely what is happening and how often limits have been breached.”

Blackpool’s Conservative MPs have welcomed a significant boost for police funding across Lancashire.