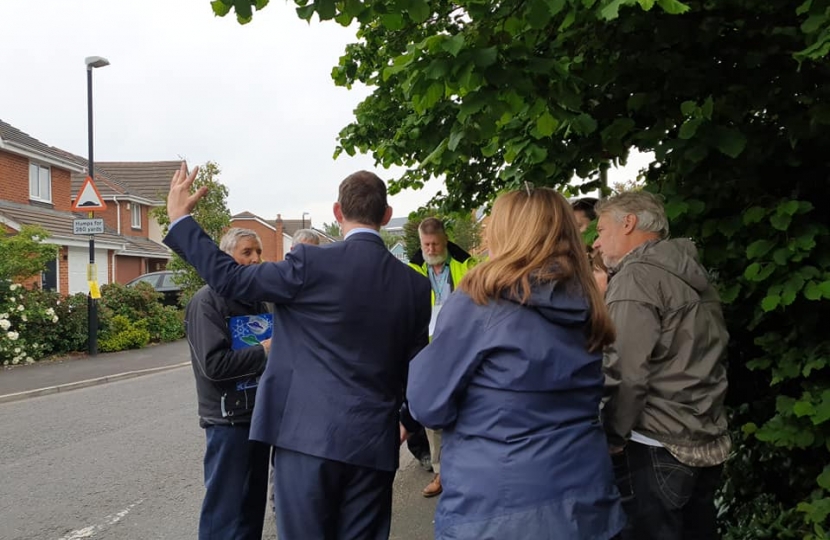 Blackpool North and Cleveleys MP Paul Maynard is calling on roads chiefs to keep commuters informed and minimise disruption ahead of major works.

Highways England will, next month, begin a nine-month scheme to deliver improvements at the Norcross roundabout on the A585. Mr Maynard recently met with representatives of Highways England to discuss the scheme and wants all measures possible taken to prevent long delays.

He said: “The A585 is a crucial route and upgrade works are long overdue. Improvements at this roundabout are necessary if we are to properly benefit from the much bigger £100m Poulton bypass scheme.

“Recent roadworks on the A585 show just how quickly jams can develop if works are not planned properly. It is vital the Norcross works are carried out in a way which keeps traffic flowing as well as possible, not only on the A585 but on the other routes feeding the junction.”

Mr Maynard has made clear his support for the project, which will enlarge the roundabout and lead to the installation of traffic lights.

He said: “I have listened to the concerns of constituents about this project and closely scrutinised what Highways England is proposing. We have discussed in depth how traffic flows, on the A585 and along Fleetwood Road will be managed and how the works should not only improve journey times but make this stretch of road safer.”

One concern for Mr Maynard is potentially diversion routes, should access points to the roundabout be closed.

He said: “I have made very clear to Highways England that White Carr Lane, which is very narrow in places, is not suitable for significant volumes of traffic. I have asked that all diversionary routes be looked at very carefully and hope consideration will be given to local residents.”

Mr Maynard is also meeting with Lancashire County Council officials to discuss traffic on White Carr Lane, which is treated as a ‘rat run’ by many drivers travelling between Blackpool and the north Fylde.

He said: “Residents have made clear their safety concerns and it is important the local authority listens.”