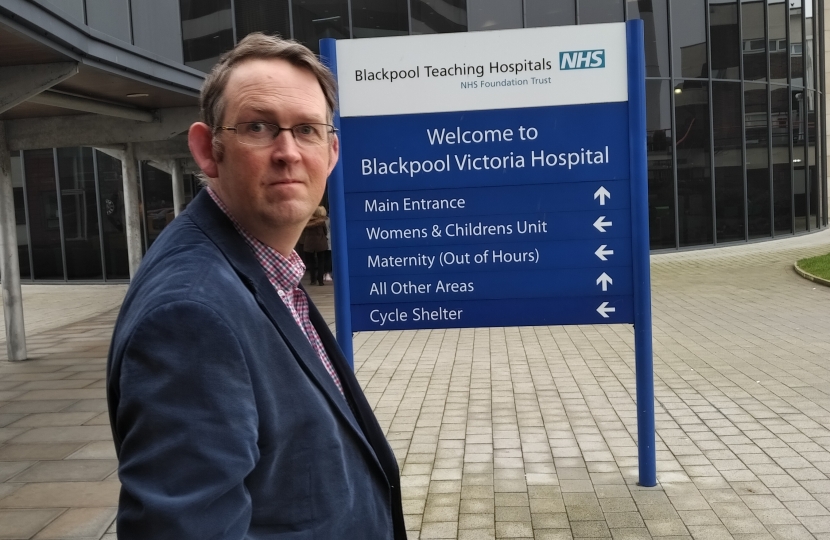 Blackpool North and Cleveleys MP Paul Maynard has joined charity campaigners in welcoming the decision to introduce the HPV virus vaccine for boys.

Mr Maynard has long supported the work of the resort-based Swallows Charity, which has been campaigning for the introduction of the vaccine to combat head and neck cancer. The Blackpool MP has consistently lobbied for the rollout of the vaccine, which has previously only been available to girls.

Mr Maynard said: “Swallows have done a fantastic job raising awareness of head and neck cancer and supporting patients not only in Blackpool but around the UK.

“I am pleased to have been able to support their work and to have taken their fight to Westminster.

“This decision will help save thousands of lives. It is a welcome change and those who have led the campaign deserve every credit.

“I will continue to do all I can to support Swallows and to raise important issues of this with Ministers.”

Swallows chairman Chris Curtis said: “The news that the Government is to introduce the HPV vaccine for boys aged 12-13 from the start of the next school term is fantastic and will help protect our future generations, that is 29,000 men and 64,000 by 2058.

“As a charity supporting head and neck cancer patients we know what this cancer does to people and while the majority survive the quality of life is very poor. Paul has been a big advocate and supporter of our campaign over the years and helped change minds and attitudes within in the halls of Parliament.”