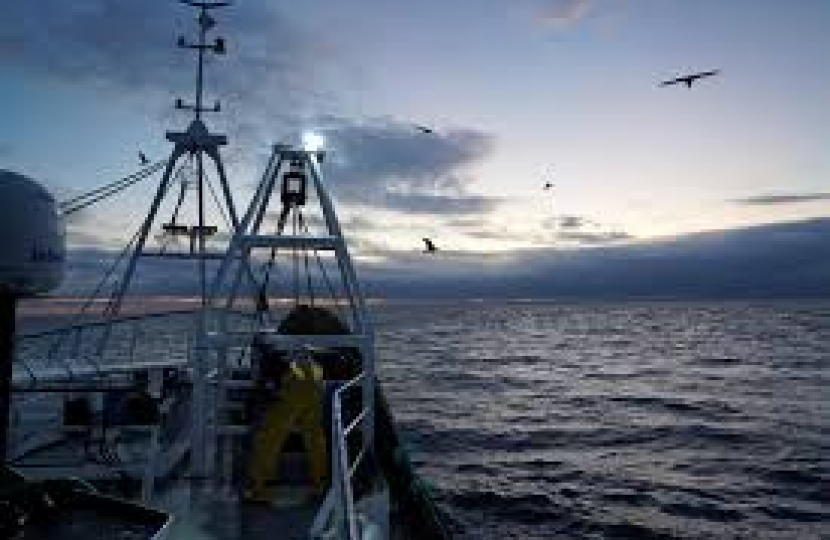 Blackpool North and Cleveleys MP Paul Maynard has welcomed the UK’s bold first steps in taking control of its fisheries policy, thanks to a new historic agreement signed with Norway – the UK’s first since leaving the EU and first as an independent coastal state in 40 years.

Mr Maynard believed the deal highlights the Government’s commitment to future cooperation in securing a responsible management of our seas and was evidence of how the Conservatives are delivering for coastal communities.

Mr Maynard said: “The Fylde coast has strong traditional links with the fishing industry and I know many people feel strongly about how access to our waters has impacted fleets both locally and nationally.

“Fresh fish is still landed just up the road at Fleetwood and many of our hospitality businesses benefit from this local supply chain. The Government is backing the industry and this deal is the first step on the road to restoring the UK’s proud independent status.”

The UK and Norway will hold annual negotiations on the issues of access to waters and quotas.  It is a significant step forward as the UK prepares to leave the EU’s Common Fisheries Policy at the end of the transition period in December and the news comes as the Fisheries Bill, which confirms the government’s commitment to sustainable fishing for future generations, makes its way through the House of Commons.

The Conservatives were elected on a manifesto promise to level up communities across the country.

Mr Maynard said: “As we build back better after coronavirus, I know this Conservative Government will put communities like ours at the heart of its plans to level up the whole country.”

The Government has performed a U-turn and accepted local MP Paul Maynard’s amendment to the Online Safety Bill making the deliberate sending of flashing images an offence, as this can cause seizures for those living with epilepsy.