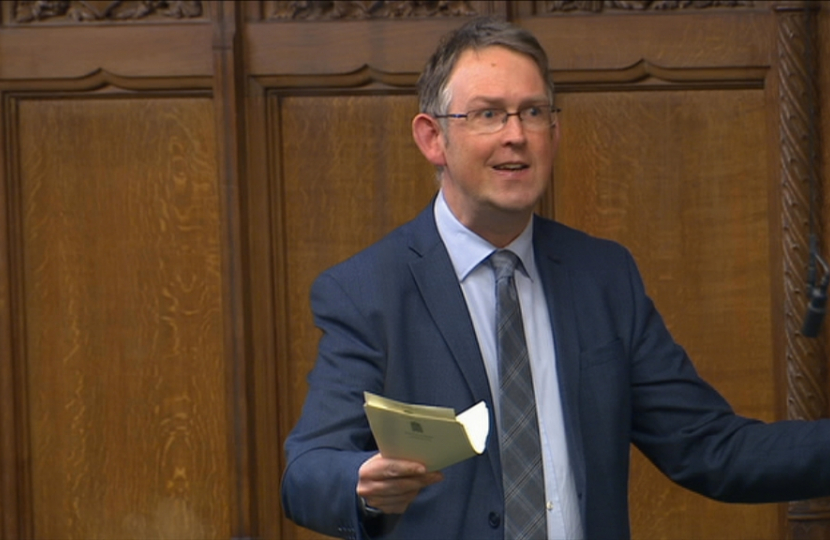 The Government has performed a U-turn and accepted local MP Paul Maynard’s amendment to the Online Safety Bill making the deliberate sending of flashing images an offence, as this can cause seizures for those living with epilepsy.

Commenting, Paul said: “I am very pleased to see the Government change its mind, and implement Zach’s Law. Trolling people with epilepsy with flashing images puts them at risk of physical injury, and as someone with epilepsy, I know just how harmful these can be.

Both myself and the Law Commission have expressed our view before that the act of dissemination of these materials is harmful to those with epilepsy, physically harmful, due to causing seizures.

These online attacks could be fatal to those who have epilepsy, which is why those responsible for causation should be held accountable for their actions. We believe epilepsy is the only condition where a person can have a physical response – in this case a seizure – to a digital attack.

Zach’s law campaign is named after Zach Eagling, an 8 year old boy diagnosed with epilepsy and cerebral palsy, who was targeted by a perverse and co-ordinated online attack.

The campaign aims for the government to: acknowledge the spreading of harmful online material which causes seizures into online legislation; work together with social media companies to crackdown on perpetrators; make it a specific criminal offence in online safety legislation to reflect the impact on the victims; instruct and guide the Crown Prosecution Service on how to prosecute this type of behaviour so perpetrators can be brought to justice.

I look forward to the next stage of the Bill and scrutinising the Government’s amendment to ensure it does the job."